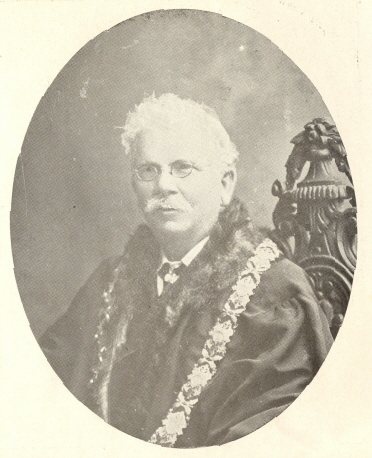 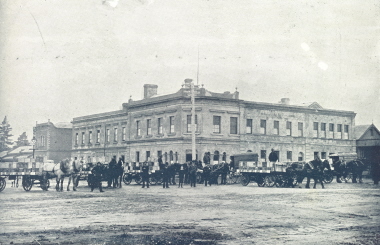 He was born in Tipperary, Ireland. Upon retirement in 1904 Long retired to Portland, where he served a term as Mayor.[1] In 1882 James Long Was living in Victoria Street, Ballarat East[2] in a property called "Longwood".[3]

MR JAMES LONG A NOTABLE CAREER
The death occurred on Friday night of Mr James Long, J. P., founder of the biscuit making and confectionery business in Victoria Street, Ballarat East. The deceased who had reached the ripe old age of 86 years, had been in ill-health for some time, and his demise was not unexpected.
Mr Long was born in Borris O'Kane Tipperary, Ireland, and at the age of 21 years he arrived in Adelaide, where for 2½ years he engaged in the bakery and confectionery trade. In 1854 Mr Long arrived in Victoria, and made his way to Castlemaine, where for over a year he pursued digging operations with a fair amount of success. Mr Long went to Geelong in 1855, where he managed a bakery and confectionery business for a number of of years. In 1862 he arrived in Ballarat, and started a business in Plank road, and two years later he removed to the spacious premises in Victoria street. Mr Long was elected a member of the Town Council in 1874, and a year later he was elected mayor, acting in that capacity for three terms. In 1876 he was appointed a justice of the peace, and he was a fearless and conscientious magistrate. For some years he was a committeeman of both the Ballarat Orphanage and Benevolent Asylum, and occupied the office of president of the institutions mentioned. About 12 years ago Mr and Mrs Long went to Portland to reside. Soon after reaching Portland Mr Long was elected to the council there, and was later chosen as mayor. The deceased leaves a widow and eight grown up children. The funeral will take place in Ballarat to-morrow.[5]