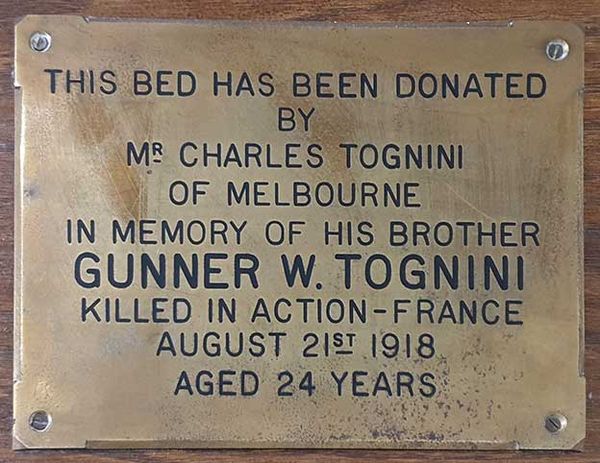 Memorial Plaque in the Daylesford Hospital

William Tognini was born in Daylesford, the son of James Tognini and Elizabeth. He enlisted for service during World War One on 11 December 1915. At that time he was a 22 year old labourer. His next of kin was his father James Tognini of Marybynong Road, Footscray. Gunner William Tognini (16065) was killed in Action in France on 21 August 1918 and was buried at Lone Farm Cemetery. He was later reinterred at Heath Cemetery, Harbonnieres, France in 1920.[1]