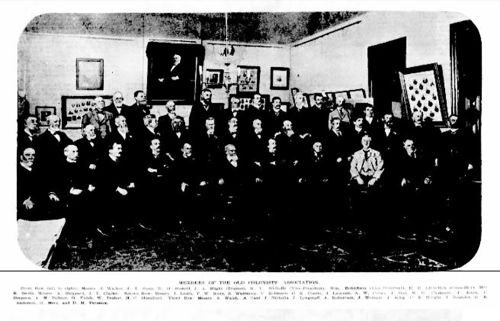 Andrew Cant was a wholesale and retail tinsmith, coppersmith, gasfitter, and plumber. On his letterhead dated 1877 he listed as being a manufacturer of spouting, ridgecap, piping, heads, shoes, etc. The business was situated on 18 Armstrong Street, Ballarat in the same year.[1]

His premises were on Armstrong Street, Ballarat in 1887. [2]

OBITUARY DEATH OF MR ANDREW CANT. Death on Saturday claimed one of the oldest and best-known citizens of Ballarat in the person of Mr Andrew Cant, who passed away at his residence in Humffray street south. A fatal termination to Mr Cant's illness was not altogether unexepcted, as he had not enjoyed good health for some considerable time. Advanced years conbined with the after effects of a vehicular accident which befel him about two years age was largely re sponsible. The deceased gentleman was in his 87th year. Over 60 years ago he arrived from his native place, Fifeshire Scotland, where his father held the position of manager of the gasworks. His first experience of business in Australia wares gained at Collngwood, where he es tablished himself as a plumer and gas fitter. Later on, when Ballarat was booming, he arrived here, and remained over since. He entered husines in Armstrong street and carried on until failing health precluded him from continuing. His two sons were associated with him for many years, and they are at preset carrying on the busineas established by their father. The late Mr Cant was a strong supportor of mining. He was one of the founders of the first Mining Ex dranch established in Ballarat, and up to the time of his death he was a member of the Ballarat Stock Exchange. He was director of the Ajax, Ajax Central, Llanberris No. 1. South Llanberris, Last Chance, New Normanby, and other mines, and he occupied a similar position in the Ballarat Land Mortgagee Society; He was one of the oldest members of the Mechanics' Institute, and in 1902 he was president. Deceased, who has a grown up family, was held in high regard.[3]