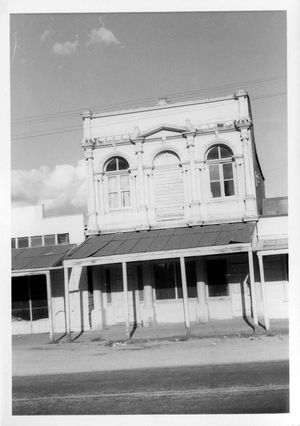 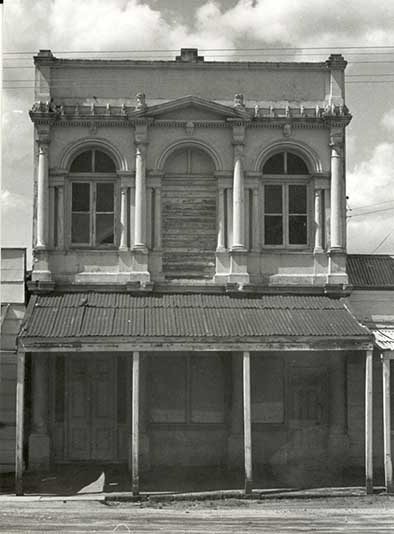 For other hotels with the same or similar names, see Eagle Hotel.

In 1916 the building was isolated following a fatal case of meningitis:

BUNINYONG. DEATH FROM MENINGITIS. A fatal case of meningitis hag been reported to Constable Olney, the sufferer being an infant four years old, daughter of Mrs John. Hannah, of the Eagle Hotel. The child took ill on Monday last, and died at 7 o'clock on Wednesday evening. The premises have been isolated, under the instructions of the medical officer, Dr Longden. Much sympathy is expressed with Mrs Hannah in her trouble, she having lost her husband by death only a few months ago.[4]

The Eagle Hotel was in Warrenheip Street, Buninyong.[3][1] The building is still standing, and is believed to be the oldest building in Buninyong.[5]

The Eagle Hotel building is still standing, and is currently used as offices. It has been classified by the National Trust.[1]