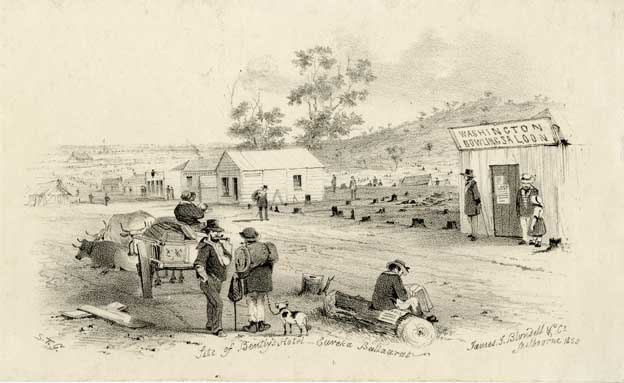 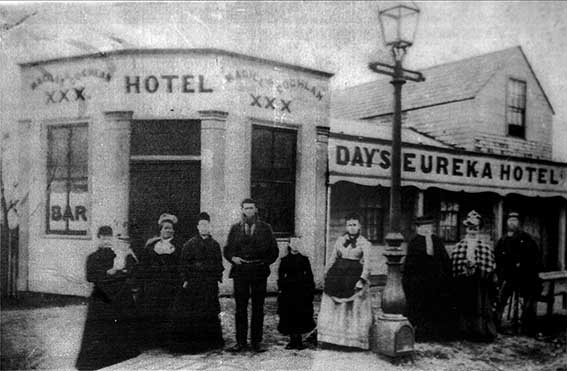 The hotel played a pivotal role in the disturbances which led to the Eureka Stockade. On 7 October 1854, miner James Scobie was murdered outside the Eureka Hotel. When the publican, Bentley, was acquitted of involvement in the death, the miners marched on the hotel. During a riot outside on 12 October 1854, the original hotel building was burned to the ground.[2]

It was one of the 40 hotels closed in 1891 in Ballarat East as part of the changes to licensing laws.[3] The owners were paid £904 compensation for the closure of the business.[3]

The hotel was built on the north east corner of Eureka Street and Otway Streets, Ballarat East.

The burning of Bentley's Eureka Hotel in 1854 is a key feature in Sovereign Hill's sound and light show, Blood on the Southern Cross.