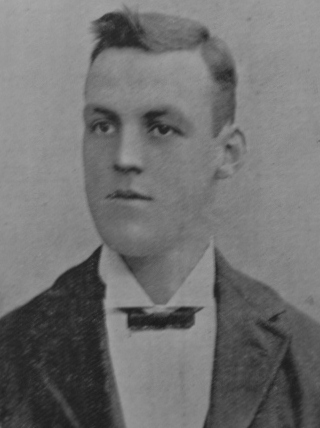 VALEDICTORY
MR FRED J. WILLIAMS;
There was aa exceedingly representative gathering; yesterday afternoon at the City Hall when the citizens met to say farewell to Mr Fred, J. Williams, who is leaving for Melbourne. Mayor Hollway, who presided, said they all knew the active interest Mr Williams had taken in municipal matters and also in his own business, which was now one of the largest in Victoria. He had tried to benefit the whole of Ballarat. Mr F. Besemeres then read an illuminated address, the work of Messrs Tulloch and King, which was to be presented to Mr Williams. The address was formally handed to Mr Williams by the Mayor; The Hon. A. Bell, M.L.C., said Mr Williams was not only a successful business man, but he had taken a keen interest in the welfare of Ballarat, meaning Ballarat as a whole. He had been thoroughly independent and outspoken on all occasions. The district would be poorer for his loss. No matter where he went he would be bound to make himself heard, and his (Mr Bell's) experience of him was that he was always on right lines. The Hon. R. M'Cregor, M.L.A., raid they all regretted losing such a citizen as Mr Williams. He put wonderful enthusiasm into what he undertook. He would be sure to hold his own in Melbourne. A Ballarat-educated man could hold his own in any part of the world. Mr Williams optimism and cheerfulness were a great help to others. They wished him success wherever he might be. Mayor Mackenzie said the whole of Ballarat would be poorer for a man of Mr Williams' calibre leaving. He man had grea ideals, and they believed if he had stayed a little longer he would have seen some of thean realised. Mr A.O. Stubbs said Mr Williams had made a name by his capacity, his energy, and his sincerity of purpose. His business made it imperative that he should go, but they all hoped he would come back to Ballarat and still render great public service to this centre. Cr W.D. Hill said Mr Williams, and he had worked shoulder to shoulder. in the South Street Society, and witnessed it grow from a small movement to a colossal undertaking. Mr J. Kean said Mr Williams had been really a patriot. He set up an ideal and endeavored to enthuse others in the great things that could be done in Ballarat. Mr T. Shattock said no citizen could have done more unselfishly for the good of Ballarat than Mr Williams had done. Mr T.C. Miller said Mr Williams was a living exemplication of the truth of the saying that it was the busy man who had the most time. Few of them realised what a wrench It would be for him to leave Ballarat. Mr W.P. Coltman said Mr Wil liams was an organiser who gripped his subject at once and carried others with him. He did not know how they could spare him from the South Street Society, because he always had fresh ideas, and in the Forward Ballarat Movement his advice and ideas were among the best. The illuminated address was then presented by the Mayor to Mr Williams. The toast of the guest's health having been drunk with musical honors. Mr Williams in the course of his reply, said that he was delighted to see so many men there he had been associated with for so many years. He had been associated with so many movements that he almost forgot some, but one of the things he was most proud of was his connection with the South Street Society. He was sorry to leave at a time when its finances were not as flourishing as they would like, but it was never a commeercial undertaking. It was one of the best assets Ballarat had. They did not really know what it meant, and he would try still to elp it and everything else in Ballarat. He and his brother started business in a small way, and now it had groven, till they had 20 branches, and was running him. He either had to leave Ballarat or retire, and that was the whole secret of his going. There was no reason why a man could not look after his own business and also attend to public affairs, and he had striven to bring about Greater Ballarat, as the divisions here always got on his nerves. It would be a wrench for him to leave Ballarat, and he and his wife felt it very much. The gathering concluded With the toast of "The Mayor" proposed by Mr Williams. The secretarial arrangements were in the hands of Mr C.J. King.[3]

In 1925 Mr and Mrs F.J. Williams donated a home to the Old Colonists' Association, Ballarat].

HOMES FOR OLD COLONISTS
BALLARAT, Thursday.— Neat brick cottnages have been erected at Wendouree, Ballarnt, at the expense of Mr and Mrs Sidney Clark of Ballarat, and Mr and Mrs Fred J, Williams of Melbourne and formerly of Ballarat, for the use of old colonists. A large number of applications have been received for accomodation in the homes and which will be determined by the Old Colonists Association.[4]

The Old Colonists' Association of Ballarat has accepted the offer of Mr. and Mrs. Fred. J. Williams, of Melbourne, and formerly of Ballarat, to build a brick cottage at Perry Park, Wendouree, for aged pioneers. Mr. Sydney Clark, of Ballarat, has also offered to erect a similar cottage on the same site. It is hoped the cottages will form the nucleus of a com munity of deserving pioneers. Mr. Fred Williams is a former president of the south-street Society, and Mr. Clark is vice-president of the Old Colonists Association. Perry Park, which is 10 acres in extent, is vested in the city Council.[5]

GIFT COTTAGES.
Ballarat Old Colonists Benefit
BALLARAT.— High tribute to the good citizenship of Mr. and Mrs. F.J. Williams, now of Melbourne, and Mr. S. Clark, of Ballarat, was paid by a representative gathering at Gillies-street on Thursday afternoon, when the two cottages respectively presented by them for the use of old and indigent colonists were handed over to the council of the Ballarat Old Colonists' Association. The cottages are handsome brick structures, modern in design and equipment, and cost about £650 each. Mr. A. H. Nevett, president of the Ballarat organisation, expressed the gratification of the association at the commencement of a scheme of cottages for old colonists, which had been the aim of the association for many years. Mr. Williams said that when in Ballarat he had been in many public movements as President of South-street and president of the amalgamtion movement, but in giving this cottage for the use of the old people he had esablished a tangible and definite link between himself and Ballarat. Similar sentiments were expressed by Mr. Clark, who said his benefaction had given him a great and genuine pleasure. Both donors were warmly thanked on behalf of citizens generally by the mayor (Cr. A. E. Nicholson). At subsequent social gathering appro priate toasts were honored, and assurances were given that the association's scheme for 50 gift cottages on the lines of Melbourne would be furthered by several in the not far distant future.[6]

DEATH OF MR. F.J. WILLIAMS
Advices from Lorne today report the death of Mr Fred J. Williams, a partner in the city firm of Williams Shoemen Pty. Ltd. For two years Mr Williams, who lived at Caulfield had been in indifferent health, and various changes of scene failed to effect improvement. Latterly he has suffered greatly from sleeplessness, and the resultant despondency ended in his suicide. The late Mr Williams, who has left a widow and four sons, was formerly a resident of Ballarat, and took a prominent part in the organisation of the South Street competitions. He was 55 years of age.[11]

The Ballarat Trustees, Executors and Agency Co. is applying for probate of the will of Frederick John Williams, boot manufacturer, of Ballarat and Melbourne, who died on February 10, leaving estate valued at £38,048/3/11. Including personal property valued at £28,128/3/11, to be held in trust till his widow dies or his youngest son reaches the age of 21 years. The estate is then to be divided equally among the surviving members of the family.[12]