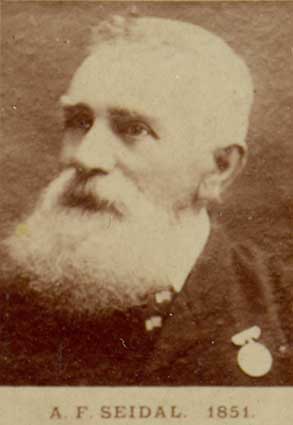 Frederick Augustus Seidel was from Altenburg, Germany. He sailed to Australia in 1848 with his older brother Ernst. Frederick was 18 years old when he landed in Adelaide. He set up shop in Ballarat in the early 1850s. According to family history it is thought this was was a general store with lines in shoes, clothes and domestic products. He may have also run a pharmacy or a herbal store patronised by the local Chinese community. Ernst Seidel had training as an apothecary and moved through the goldfields of New South Wales during the 1860s finally settling at St George where he practised as a doctor and established one of the first vineyards in southern Queensland.[1]