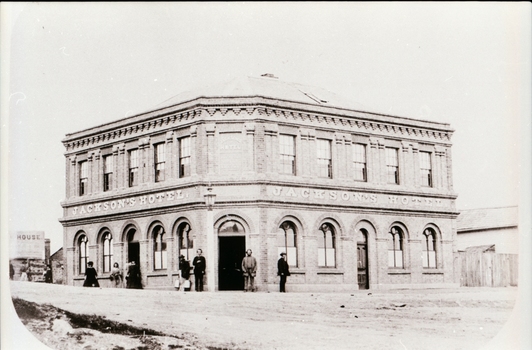 There was also a Jackson's Hotel in Victoria Street.

Jackson's Hotel was on the south west corner of Lydiard Street and Mair Street.[1] The site had been the location of Ballarat's original post office, first in a tent, and later in a wooden building, as recreated at Sovereign Hill.[1] The hotel was built in 1860 by John Jackson.