J.M. Bickett was from Scotland. He arrived in Australia in November 1848. He first dug for gold at Turin, NSW, and arrived in the Ballarat district in January 1855 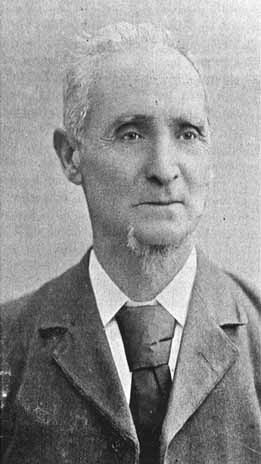 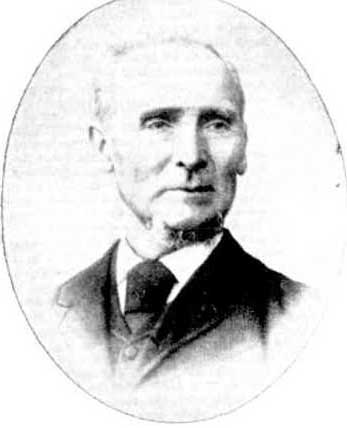 The publication 'Ballarat and Vicinity' starts its entry on James Millhinch Bickett with 'One of the most interesting biographies in the whole of this work is that of Mr J.M. Bickett. Born in 1826 near Girvan, Scotland, James Bickett left school at around 8 years of age to work at Printfields in printing fabric, but continued to attend night school aimed at working students like Bickett. He sailed for Australia in 1848 on the 'Nelson', and was engaged on a sheep station at Kyneton - the first of many short term positions around Victoria. In 1851, when the NSW gold discovery was announced, Bickett took a boat to Sydney and walked from Bathurst to Turon where he mined for four months, until he received a letter informing him of the amazing gold discovery at Forest Creek (Castlemaine). Bickett and his party walked the entire distance to Forest Creek surviving on 'Johnny Cake' a kind of dough roasted on coals. The journey took 6 weeks, and the first hole they sunk resulted in 5 ounces of gold. They next followed the rush to Bendigo and did reasonably well.[3]

Bickett, now settled in the Ballarat district, Harrie Wood and Rogers agitated for the education of miners. On 6 October 1869 a motion was put forward that a school be established at Ballarat, for the purpose of imparting instruction in mining and mining engineering. This became the Ballarat School of Mines.

James Bickett was involved in many Ballarat organisations, including:

Bickett was repeatedly asked to stand for Parliament in the Grenville district, but refused. He remembered witnessing John Basson Humffray become what he described as the 1st MLC representative of Ballarat miners. James Bickett died on 1 September 1917 aged 92. His obituary observed: ' ...A man of sterling qualities, and ever ready to assist his fellow man, ... He was one of the oldest Victoria Justices of the Peace, and was highly respected by a large circle of friends. He leaves a widow and grown up family of sons and daughters to mourn the loss of a devoted husband and father.'

Bickett died on 01 September 1917 at Ballarat. He is buried in the Ballaarat New Cemetery. [5]

The original initiative for the founding of the Ballarat School of Mines was taken at a meeting of the Ballarat Mining Board on 06 October 1869.[6] On the suggestion of Harrie Wood, James M. Bickett moved that a school of mines should be established at Ballarat, making it the oldest site of technical education in Australia. The Board was concerned with the shortage of mine managers for the goldfields. Classes began in surveying, mathematics, and chemistry and a decade later they included metallurgy, assaying and geology.[7]

MR. J. M. BICKETT. - After an illness extending over a long period, Mr. J. M. Bickett, one of the best known pioneers and residents of Ballarat, died on Saturday afternoon. He has not been continuously confined to his bed during his illness, for he was at times able to get about, and while he gradually became weaker, his mind was not impaired. For a number of years the deceased was prominent in public life in Ballarat, where he resided for a long time. He was a native of Gervan, Scotland, and arrived in Melbourne at the age of 23 in the year 1849. He spent the next five years on the goldfields of New South Wales and Victoria with varying success, and in the fifties he came to the Ballarat district. He was a member of the first Buninyong Mining Court, and in 1856 he was elected to the Ballarat Mining Board. It was during his term as chairman of the Board, in 1868, that the Duke of Edinburgh visited Ballarat. From 1874 to 1914, when the Board was abolished, he was secretary. He was legal manager of many Ballarat mining companies. His name figures amongst the founders of the School of Mines, and he was a committeeman of the institution for many years. He was a justice of the peace, an early member of the Old Colonists' Association, and one of the founders of the Mechanics' Institute, and president in 1883, 1893 and 1901. He was one of the most enthusiastic workers to secure the Robert Burns Statue for Ballarat, and he was secretary of the committee, and also of the Tom Moore Statue Committee. He was associated with the Orphanage, and was a committeeman till the day of his death. He was also a member of the council of the Fine Art Gallery. The deceased leaves a grown-up family.[8]