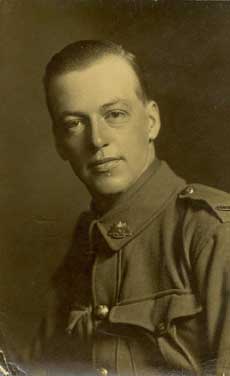 Ray Blight taken in France, Federation University Historical Collection, Gift of the Chatham family. (Cat. No. 20061)
The photograph was with a number of other World War One photos relating to the Holmes family of Ascot, Victoria.

Ray Blight was an Australian soldier during World War One. John Raymond (Ray) Blight enlisted on 19 July 1915. He was an electrical engineer, having studied at the Ballarat School of Mines. On 23 June 1916 Ray Blight disembarked at Marseilles. On 3 February 1917 he was hospitalised with scabies. Ray Blight's next of kin was his mother, Mary Jane Blight of 116 Lyons Street South, Ballarat.

RETURNING SOLDIERS.
BLIGHT.Mr and Mrs J. A. Blight, of Lyons, street south, have been notified by the Defence Department that their son, Driver J. Raymond Blight, of the 5th Motor Transport Company, is returning to Australia by the transport Themistocles. Driver Blight enlisted in July, 1915, sailed in the beginning of November of the same year, and has served in Egypt and France.[1] 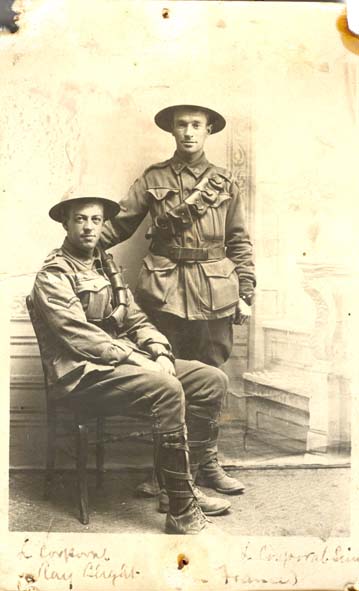