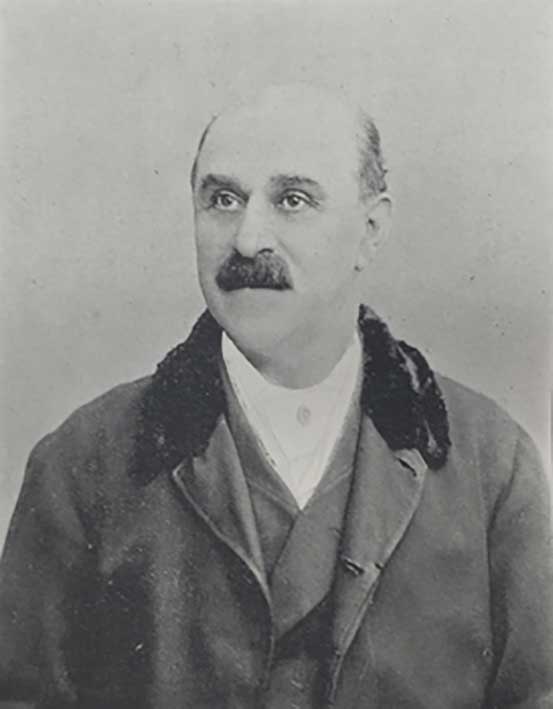 John Robson was born at Newcastle, Northumberland, England[1], the son of Mathew Robson and Hannah Spicoat.[2] He sailed to Australia on the Arabian, landing at Port Phillip in 1854. John Robson died in 1910 and is buried at the Ballaarat Old Cemetery.[3]

For many years John Robson lived with his brother James Robson (2) on the corner of Eureka and Otway Streets.

THE LATE MR. JOHN ROBSON
AN IMPRESSIVE FUNERAL.
The esteem and respect in which the late Mr John Robson was held was evidenced by the very large and representative attendance on Saturday afternoon. Shortly after 3 o’clock the cortege left “Rothbury,” Eureka street, for St. Paul’s Church, a very large number of vehicles joining in the funeral procession.- The chief mourner was Mr James Robson, brother of the deceased. When St. Paul’s Church was reach ed, the beautiful coffin containing the remains was carried in at the front entrance, which was almost blocked with people. The church itself was crowded with members of the congregation and friends of Mr Robson. A short service was conducted by the Ven. Archdeacon Tucker, Ex-vicar, and the Rev. T. A. Colebrook, Vicar of St. Paul’s, and the incidental music was rendered by the church choir. As the remains were being taken back to the hearse Mr George Herbert played the “Dead March in Saul’’ on the organ very impressively, and there was hardly a dry eye amongst Mr Robson’s friends. The cortege, which was a lengthy one, then moved off for the old cemetry, and the streets en route were lined with people, heads being bared as the cortege passed by. Amongst the bodies represented at the funeral were the City and Town Councils, the Masonic Order, Benevolent Asylum, Orphan Asylum, Ballarat Hospital, Ballarat Progress Association, and Ballarat Liedertafel, and Old Colonists’ Association. The cemetery contained a large number of people who had assembled to see the remains committed to the ground. The pall bearers were Mayors Hill (City), and McNeil (Town), Dr Woinarski (President of the Lieder tafel), Drs. Champion and Fleetwood, Messrs H. A. Nevett, R. A. Chapman, E. W. G. Chamberlain, C. Lndbrook, Geo. Herbert, J. Parker (Worshipful Master of the Yarrowee Lodge), R. L. Nicholl, W. Bennett, G. Shepherd, W. Little. P. W. Must, H. W. Morrow, C. E. Grainger, J. J. Brokenshire, A. Kenny, W. D. McKee, and W. T. Glenn. The coffin bearers were Messrs C. Towl, W. Cox, W. Swenson, E. Doepel, and A. O. Stubbs. Dean Parkin, who represented the Dishop and Diocese, committed the body to the grave, and other clergy men who assisted in the service were Archdeacons Tucker and Allanby, and the Revs. T. A. Colebrook (St. Paul’s). T. H. Justice (Christchurch), A. J. Pearce (Bumnvontr). Lintott Tay. lor (St. John’s, Soldiers' Hill), and J. A. Forster. Under the leadership of Mr Geo. Herbert the Liedertafel gave an impressive rendering of “The Long Day Closes” at the end of the service. A large number of beautiful floral tributes were received, including one from the Liedertafel. The funeral-arrangements were admirably carried out by Mr Chas. Morris.[5]