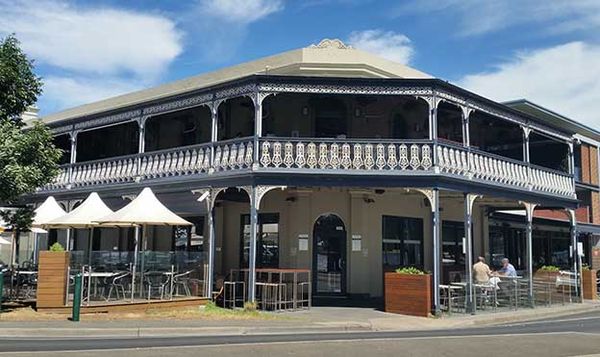 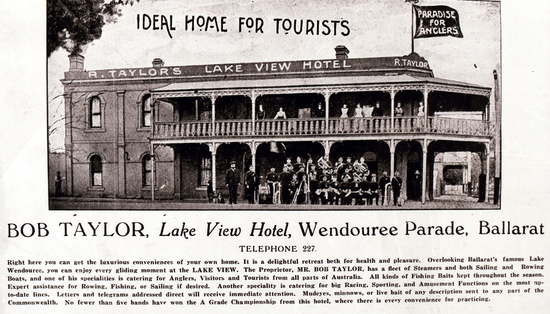 The Devon and Cornwall Hotel was a hotel in Ballarat, Victoria, <1915.

WHISKY ON THE OVAL.

Robert Taylor, licensee of the Lake View Hotel, was charged at the Ballarat City Court yesterday with hav ing on October 20 sold liquor at the City Oval, a place not authorised by his license for the sale of intoxicants. Mr. D. Clarke appeared for the pro secution. and Mr. J.B. Pearson for the defence. Mr. Clarke said that liquor was sold during the currency of the South-street Society's band con tests in a temperance booth for which Taylor held the privileges. He made the mistake of treating a friend to whisky out of a ginger beer bottle This becoming known in police circles revenue detectives were sent for and Taylor was trapped. Taylor was fined £3, with £13/7/- costs. Ernest Powell a servant of Taylor's charged with having sold liquor without a licence, was fined £25.>[1]

The Lake View Hotel was in Beautiful Ballarat in 1923, and advertising in the Ballarat Courier in 1994.