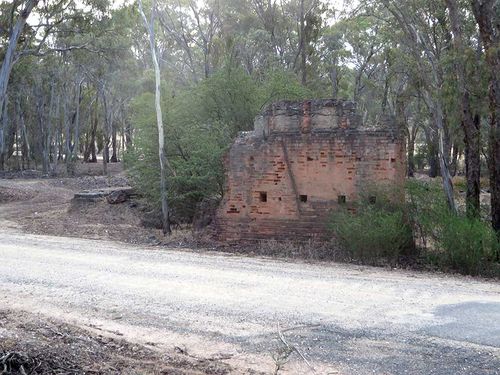 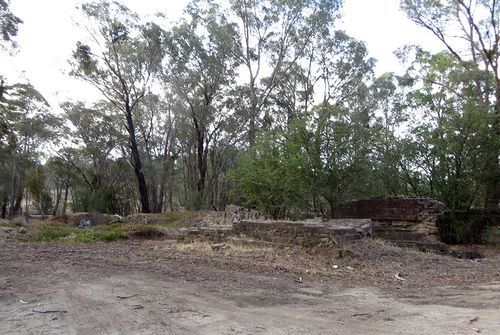 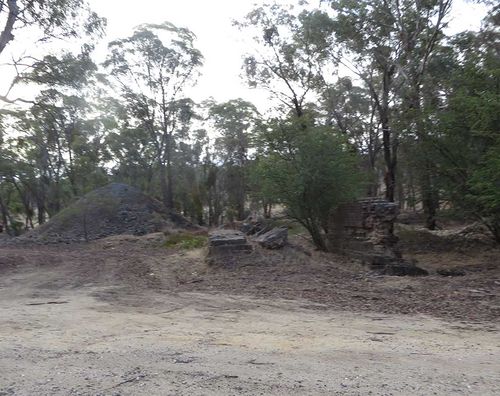 At Yandoit the lodes are the bedded type, e.g., Steele's Pioneer in the deeper workings, but in the upper levels this reef was apparently of the nature of a saddle or a fault lode in the anticline. [1]

Steele's Reef was opened in 1859 along with a number of other reefs in the Yandoit area. The reef was worked by small mining parties until the late 1880s. In 1887, the Steele's Reef Quartz Mining Company fixed steam pumping machinery and commenced sinking a shaft. The company were unable to find a profitable ore body and after two years work closed down. By this time their shaft had reached a depth of 150 feet. The mine was then taken over by the Pioneer Quartz Mining Company who appear not to have worked the mine. In 1906, the Steele's Pioneer Company commenced work, erecting a winding winch at the old shaft sunk by the Steele's Company. The next year the company erected a 10-head battery, set of poppet legs, a pumping engine. Sinking the shaft a further 100 feet, the company struggled to find payable ore and soon closed down.[2]

PIONEER COMPANY, YANDOIT.
A special meeting of the above company was held yesterday at Mr Bickett's office; Mr L. L. Roberts in the chair. The business of the meeting was to decide future operations. The recommendation of the directors to sink the shaft 100 feet or wind up the company was adopted. It was resolved to adjourn the meeting until Monday, the 31st March, and empower the directors to in the meantime place the forfeited shares at the rate of threepence per share. Mr Connell, from Yandoit, stated about 1800 shares would be taken up by local residents, who were extremely anxious to see the shaft sunk a further depth, when no doubt a dividend-paying mine would result.[3]