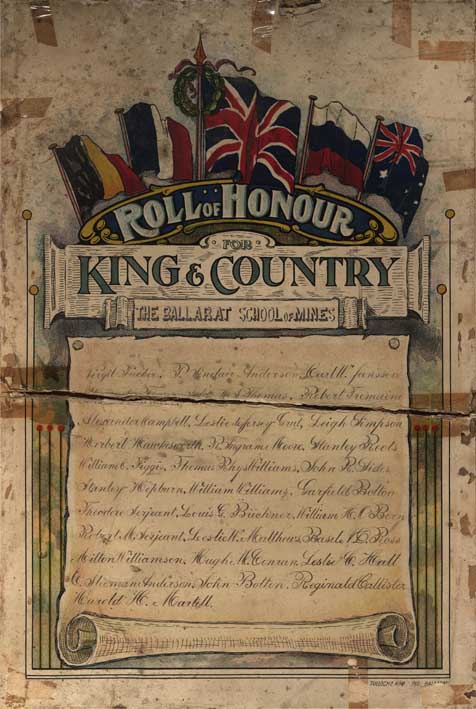 Theophilus Hengist Serjeant was born in 1871 at Ballarat, Victoria, Australia. Generally referred to as Theo, he was the youngest son of Ballarat mining magnate, Robert Malachy Serjeant and his wife, Elizabeth Peters.[1]

Theo studied Metallurgy and Assaying, and Mechanical Engineering, at the Ballarat School of Mines. His father was a Life Governor, student and a lecturer at the famous mining school. [2]

Theo married Alice Mary Nicholas in 1893 and they had two children – Robert Malachy (Junior), born in 1895 and Alice Mary, born in 1899. Theo participated actively in the Australian Forces during the Boer War in South Africa. He was a member of the Second (Mounted Rifles) contingent and by the end of the war had become a Captain. He saw action at Houtnek, Vet River, Zand River, Johannesburg, Pretoria, Diamond Hill and Belfast. By the end of the war he was awarded the Queen’s Medal with five clasps. He returned to Melbourne, Australia on the 4th December 1900 aboard the ship, the Harlech Castle. [3]

At the conclusion of the Boer War Theo Serjeant returned to South Africa with his family in November 1901 aboard the ship, Narrung II and became a Commissioner of Mines for the then Transvaal government. Unfortunately the climate in South Africa did not agree with his son Robert Malachy (Junior), or his wife, so he, together with his family, returned to Australia[4] in 1908.[5]

The next time Theo shows up in records is in 1911 where he is living in London, England. He appears to pursue a military career in England and by the end of the First World War he is a Lieutenant Colonel in the Royal Fusiliers and was awarded the OBE for his services during the war. Unfortunately his son Robert Malachy (Junior) was killed at Gallipoli in April 1915. After World War One Theo remained in England where, by this time his wife and daughter had joined him. After discharge from the military he became a wine merchant![6]

His wife, Alice, died in London, in 1924 at the age of 52 years. She died from a heart condition which she had all her life. Theo then remarried Mary Ellen Melling, in 1924 at the Cathedral in Manchester, some five months after his first wife’s death. [7]

Theo then returned to Victoria, Australia, in late 1926 with his wife, Mary Ellen Melling. His daughter, Alice Mary, married James Kline in London, England in 1927 and then they also returned to Australia.[8]

Theo passed away from cancer at the age of 62 years in December 1933 and was buried in the Melbourne General Cemetery. It is believed his second wife returned to England where she died in the early 1950s.[9]

Temporary Lieutenant Colonel Theophilius H. Serjeant, a member of the British Army, was awarded the Legion of Honour - Chevalier, a World War One gallantry award. Serjeants award was gazetted on 11 March 1919, p 3281.[10]

The World War One service of Theo Serjeant recognised on the Ballarat Avenue of Honour.