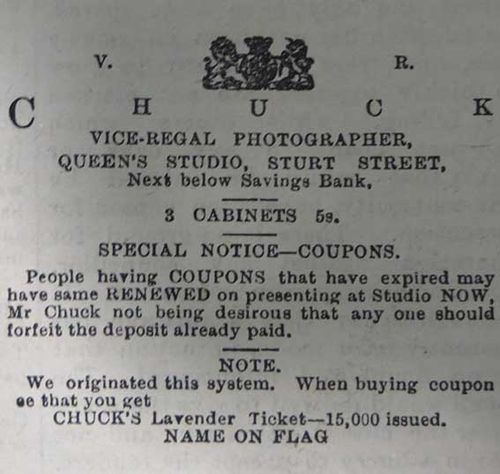 He was a photographer like his father, Thomas Foster Chuck, having studios in Bendigo, Ballarat and later at Ascot Vale from the 1880s until about 1910. His wife also appears to have briefly tried her hand at photography about 1900. He died on 22 February 1920 at Melbourne and his wife died in June 1939 at Jolimont.