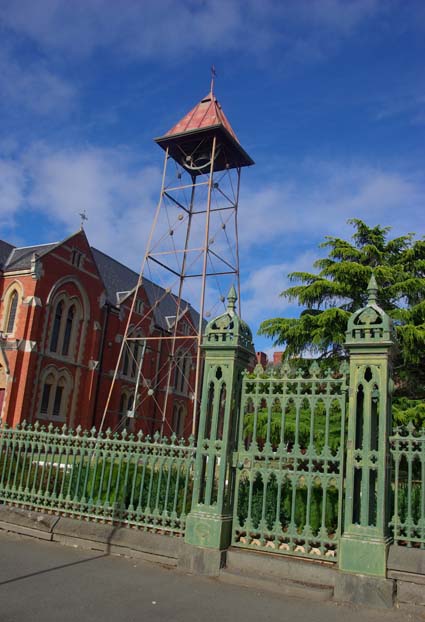 The Union Foundry was established in 1865, by its original proprietor James Walker, and supplied mining machinery to all parts of Australia. It was so successful that, in 1867, James Walker opened a new branch in Maryborough, Queensland [1] which later became part of John Walker and Company of Maryborough, Queensland. In 1890 it was known as the second largest foundry in Ballarat, after the Phoenix Foundry.[2]

‘The Union Foundry, started in March, 1865, by Messrs. J. Walker, J. F. Woods, T. Bradcock, and W. Sandry, changed its firm status by losing Mr. Sandry and gaining Mr. W. F. Harrington, a branch having been in the meantime opened at Maryborough, in Queensland’.[3]

The foundation of the company had been listed as: founded in 1865 by John Walker, Wood, Braddock and Sandry. [4]

In 1870 the Union Foundry helped bring gas lighting to the township of Clunes - making retorts for the Clunes Gas Company. That same year they manufactured machinery for the Ballarat Meat Preserving Company and a Queensland sugar mill. [5]

‘Then in October, 1872, Mr. John Hickman bought half of the Ballarat business, and the local firm became Walker, Hickman, and Co., and since November, 1879, Mr. Hickman has been sole proprietor’.[6]

BANQUET AND PRESENTATION AT THE UNION FOUNDRY.
Some sixty or seventy of the leading men of Ballarat met by invitation on Saturday afternoon at the Union Foundry, Drummond Street, to celebrate the amalgamation of the old firm of John Walker and Co. with that of Mr S. Hickman (boiler-maker, of Mair street); and to take their farewell of Mr Harrington, a junior member of the old firm, who is leaving Ballarat to throw his energies into the Mary borough (Queensland) branch. The assembled company were invited by Mr John Walker to partake of luncheon, but before sitting down the guests rambled through the foundry and inspected the works. Loud were the expressions of surprise heard on all sides at the extent and variety of the operation! In the various "shops"— the number of men employed and the amount of capital sunk in the costly machinery, which turned, and drilled, and planed, and shaped a rough casting into the finished body of a steam engine with as much apparent ease as a turner would sbape a set of skittles out of a block of timber. In the forging shop, the steam hammer pounded big lumps of hot rron into pieces of shafting, whilst in the casting shop the molten metal was ran into moulds all over the floor, and a massive strange-looking piece cf ironwork was described to be a condenser for the steamer Gothenburg, for the owners of which the firm are just executing a £18,000 order. Portable quartz batteries and horizontal engines, just completed, were in working order, and ready for exportation; and it was with no little surprise that the majority of the guests learned the nature and extent of the business done at this foundry. We have not space to allow for description, so will leave this part of the subject by stating that a very recherche cold collation was laid in the "pattern room upstairs, where seats were reserved and entertainment provided for at least 120 guests, but scarcely more than half that number Sat down, as the races interfered with the gathering. Mr H. R. Caselli presided at the social board, which was spread with delicacies and an unlimited supply of potable, wines, spirits, and the best brand of Clicquot. The senior member of the firm (Mr John Walker) and Mr Harrington were on the right of the chairman, and Mr Hickman on to left. The two mayors Mr James, MLA., thre Rev. Mr Adeney, and Mr Salter (solicitor) also occupied the head of the table; whilst Mr R M Serjeant, Mr Lee, J P , and Mr Jas. Campbell were the croupiers. After the good things provided had been discussed, a number of toasts were proposed ... [7] 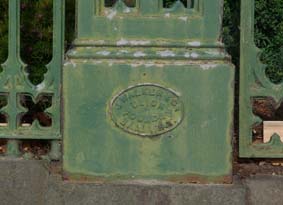 William Bramwell Withers wrote of the Union Foundry in 1887: ‘The firm’s work is mainly the manufacture of heavy mining engines and machinery the most ponderous pumping, hauling, and other plant being supplied to mining companies all over the colonies, details of which there is no space here to narrate. The company’s wage-sheet is about £1000 per month, and the importance of the manufacture is second only to that of the Phoenixworks’.[9]

The company was caught up in The Iron Workers' Strike at Ballarat in 1889.

Located in Drummond Street South [10]. The site was on the current site of the Christian Brothers School,[11] now St Patrick's Primary school. In 1890 the foundry was described as having some "very powerful mining machinery - which for quality, could not be beaten."[12]

The Union Foundry produced a 70 inch by 108 inch beam engine (for pumping purposes) that was installed at the Berry No. 1 Co., Smeaton in September 1884. This engine had a red brick engine house.[13]

The Union Foundry produced a 70 inch by 108 inch beam engine (for pumping purposes) for the Hepburn Estate Leasehold Co., Smeaton that was installed in June 1885. This engine had a red brick beam wall.[14]

The Union Foundry made some locomotives before they were taken over by Phoenix Foundry, but they never made locomotives for Victorian railways.[15]

In the early 1870s Jonathan Robinson was associated with the foundry.

‘1880 MELBOURNE CUP, cast iron horse's head hitching post, with brass plaque "W.A. Long, Grand Flaneur, Melbourne Cup, 1880". Very attractive and scarce (also very heavy!). [The Ballarat Brewing Company each year from 1875 to 1910 presented the owners of the winning Melbourne Cup horse with one or a pair of these posts. They were made in a Ballarat Iron Foundry, and each post carried a brass plate giving details of the owner, horse and date]. Grand Flaneur was the Phar Lap of his day, who raced nine times for nine wins, all of them in top company, including the AJC and Victoria Derbies, the Melbourne Cup, and the Champion Stakes. The owner, W. A. Long was later Chairman of the Australian Jockey Club.’[17]