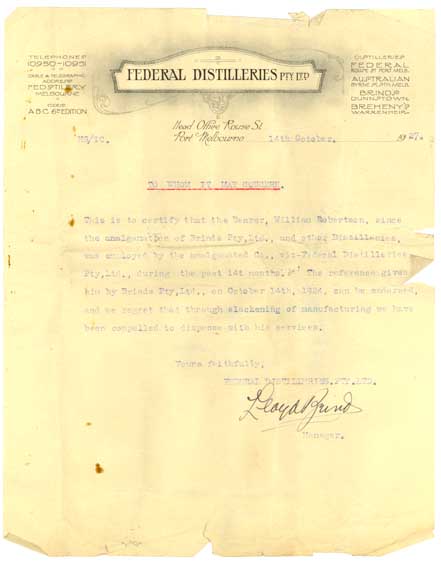 Warrenheip Brewery was established in 1887 by William Kenna. He had worked at the Phoenix Brewery at Warrenheip for twenty years. Using a large fresh water spring his beer soon obtained acceptance among the local community. [1]

In 1891 the Breheny brothers joined the firm, trading as Breheny Bros & Kenna. In 1912 two years after Kenna's death, his widow sold her interest in the brewery to the Brehenys. Brewing ceased in 1914, and the company diversified into grain-distilling along with whisky and gin distilling. [2]

Federal Distillers took over in 1922, and in 1932 they merged with the Distillers Company of Edinburgh under the name United Distillers Limited. [3]