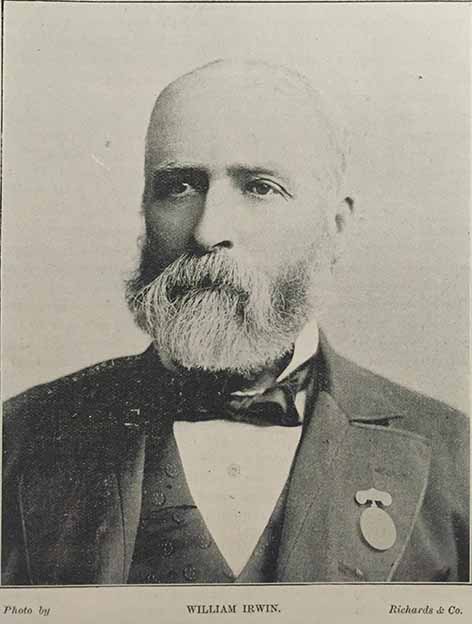 William Irwin arrived in Australia on 09 February 1850 on the Faugh-A-Ballagh. He was a publican in Ballarat.

Irwin was the publican at several hotels, before building his Provincial Hotel in Lydiard Street North.

In 1858, Irwin was the publican at the Star Hotel. He was charged with having an unlicensed bagatelle table, but did not appear at the Eastern Police Court. This angered the magistrate who fined him £3. Irwin attended the court later in the day and apologised, and the fine was reduced to 10s. This was the same as for other publicans charged with the same offence.[1]

Irwin was publican at the Provincial Hotel by 1863.[3]

William Irwin was a member of the Old Colonists' Association.

William B. Withers wrote of the Old Colonists' Association: