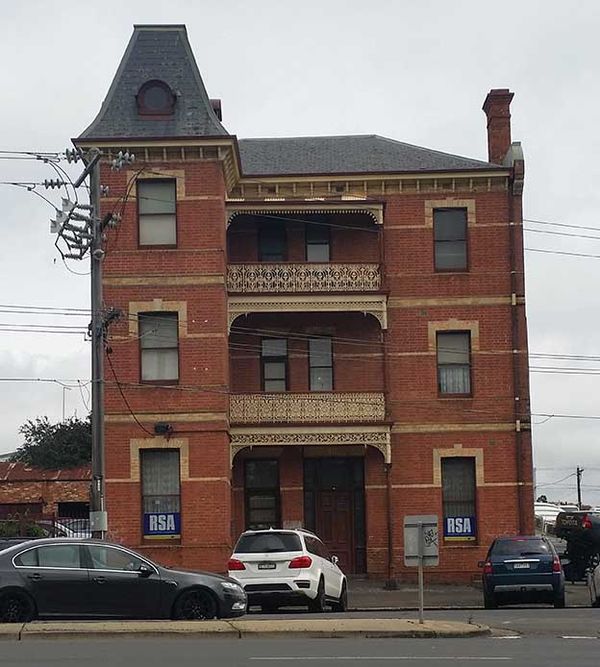 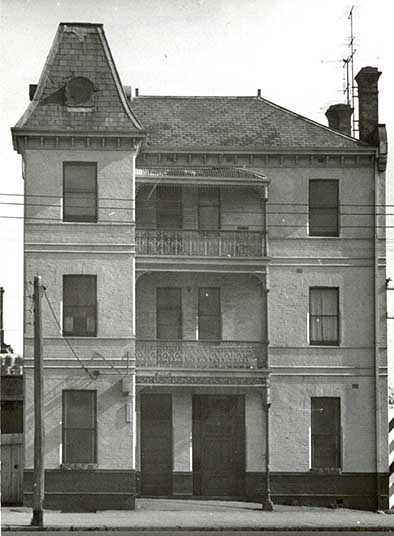 For hotels with the same, or similar names see Carriers' Arms.

It was one of the 26 hotels closed in 1892 in Ballarat as part of the changes to licensing laws.[1] The owners were paid £956 compensation for the closure of the business,[1] and the licence was relinquished on January 1, 1969. [2]

‘Miss Alice Ford of Chisholm Street’ was the owner when the license was extinguished. The soon-to-be abolished Victorian Licensing Court had stipulated Miss Ford needed to meet certain conditions, among which were supplying hot and cold water, the laying of carpet and the provision of indoor toilets. Alice Ford decided it was not worthwhile to keep the license going.[3]

The hotel had been in the same family hands since 1856 having been originally built by Alice Ford's great, great, great grandfather Thomas Whateley, who had emigrated from Birmingham. When Whatley struck gold, he brought his parents and grandparents to Australia and decided to build a hotel as security. However disaster struck when his partner in the venture James Byles took off with the hotel’s funds and left Whateley with debts. Unfazed, Whateley sold his successful mining claim and cleared the money he owed. He placed his parents in control of the Carrier’s Arms and took off to Ararat, where he once again struck a fortune. He bought land at Blowhard, while the hotel passed down through the family to the 1960s.[4]

A fire broke out yesterday afternoon in the old Carriers’ Arms hotel, Creswick road, recently occupied as a paper bag manufactory by Mrs Destley. Recently the proprietress went insolvent, and on Monday the official assignee sold off the stock. That night he handed over the keys of the place to the agent, Col. Greenfield, and since then the place has been unoccupied, so that no idea can be formed of how the fire originated. The fireman were on the spot promptly, but the flames soon obtained a good hold, owing to the quantity of inflammable' material lying about. The building, which is of brick, is still intact, but the woodwork was extensively charred by the fire. The pre mises, which were owned by Mr Thomas Whateley, of Mount Blowhard, were insured for £500 with the United Australian Company, for which Mr Finlayson is the local agent. It was insured when used as a hotel, but a new policy was taken out when the hotel business was removed into more commodious premises adjoining. The now policy would expire on the 31st of next month.[5]

In 1862 the hotel was described as being in Creswick Road, Soldiers Hill. It was next to the Barley Sheaf Brewery.

In 1882 an unfortunate incident took place in the dining room of the establishment when Andrew Harper, a local, choked to death on a piece of meat.[10]