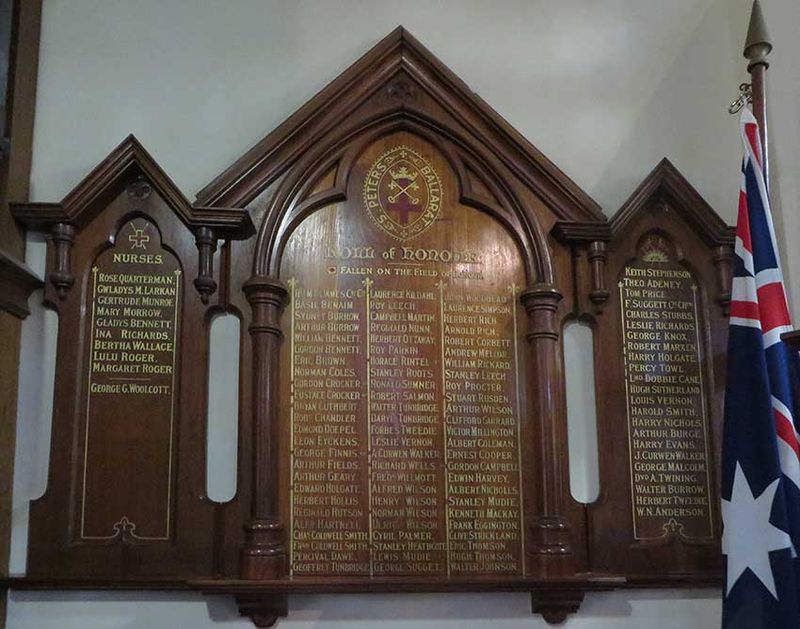 Gertrude Munro trained as a nurse at the Ballarat Hospital.[1] She died of influenza on 10 September 1918 and is buried at Mikra British Cemetery, Salonika, Greece.[2]

Sister Munro's names is listed on the walls of the memorial list of nurses who died during World War One at York Minster.

It may be of interest to readers to know that in the war cemeteries of Salonika there lies only one Australian, Sister Gertrude Evelyn Munro, of Ballarat, Victoria. She gave her life nursing the sick and wounded British soldiers there, at the time of her death, October 10, 1918, being acting-matron of a hospital of 1,600 beds. As no other Australian graves were there, special permission was sought form the Imperial authorities to erect and word a tablet there in her memory. Her name is also enshrined on the walls of the memorial list against the lovely 'Sisters' window of York Minster.[3]