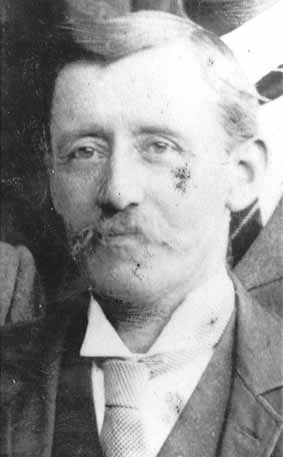 Henry James Hall was an artist whose premises (according to the Australasian Federal Directory) were located on Eyre Street, Ballarat West. [1] He worked at the Ballarat School of Mines.

In 1908 Henry Hall was an artist with an Art Studio called 'Ferndale' at 25 Eyre Street, Ballarat.

The death occurred at his residence, Doveton Street north, on Saturday, of Mr Henry James Hall, the well known drawing instructor, at the age of 70 years. The deceased had been ailing for a very long time, and his death was not unexpected. The late Mr Hall was born in London in 1846. He was educated at Dr Brookleck's school, and was South Kensington Art School, and was a chorister in St Paul's Cathedral, London. Mr Hall was engaged for seven years as a portrait painter with the late Thomas Fossey and was also portrait and landscape painted at Maidstone, Kent, for about 11 years. After coming to Ballarat he joined the Ballarat East Art School as mechanical, architectural, and drawing instructor. In 1885 he was appointed instructor of drawing and painting and building construction at the Ballarat School of Mines. He was Worshipful Master of the Orion Masonic Lodge in 1893, and later received appointment as P.S.G.D. of the Grand Lodge of Victoria. He was also P.C. Ranger of the old A.O.F., and was P. Arch of the U.A.O.D. at Maidstone, Kent, as well as being an ex-sergeant of the Royal West, Kent. The deceased leaves a widow, two sons and three daughters. The funeral will take place today at 2 o'clock to the Ballarat Old Cemetery.[2]

...An ex-President’s certificate [of the Mining Managers' Association Ballarat Branch, handsomely embellished with a picture of a mining scene by Mr Henry J. Hall, was presented to Sir Phil Lewis on behalf of the members. Mr R. Ditchburn made the presentation in an appropriate speech, and was supported by several speakers, who eulogised the ex-president for his capabilities as their chief officer and his merits as a citizen. Mr Lewis having replied, a vote of thanks to the chairman closed the proceedings.[4]