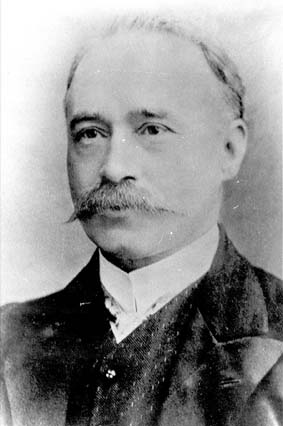 ‘In the realm of science Ballarat has become of world-wide fame through the inventions by Mr. Henry Sutton, a native of the place. His skill and acquirements in electricity, telegraphy, telephony, photography, and also in astronomical and microscopical studies have won for him a high position as a practical scientist, and the credit is the greater as he is a self-taught student. But, doubtless, the scientist is born as well as made, and if Mr. Sutton did not in the succulent days of infancy actually lisp in occult phrases of science, it is clear that his genius for experiment developed early, and that it was fostered by still earlier and persistent study. Gifted with a good memory, and the stimulus of the fervid spirit of science, Mr. Sutton, before he was 14 years old, had read every book on science to be found in the library of the Ballarat Mechanics’ Institute, and since then he has kept up the perusal of all the prominent scientific journals, and all the patent records in Engineer and Engineering. Besides this, he won a silver medal and 30 other prizes for drawing in the School of Design. At the age of 14 he designed completely what is now known as the Gramme dynamo electric machine. That machine caused the first revolution in the generation of electricity, and if Mr. Sutton had then had the means he would have forestalled Gramme in the publication of the invention. When Bell announced the invention of the telephone, Mr. Sutton devised in the first year thereafter no fewer than 20 odd different telephones, 16 of which were patented by other people after the date of his inventions; and there was only a space of 16 days between Sutton’s discovery of carton filament, as used in the present electric lamps, and the discovery by Edison, as Mr. Ellery, the Victorian Astronomer Royal, can testify. Then, the Sutton air pump is thus referred to by the English Mechanic of the 21st July, 1882:—

On page 34 will be found one of the simplest and best of mercurial air pumps, not only for the purposes of the electrical lamp maker, but also for all purposes where a high degree of vacuum is required to be produced. A reference to page 34, No. 886, will give the reader a good idea of the principle of all mercurial air pumps, and will introduce him to one of the simplest, and, we believe, the most efficient. In Mr. Sutton’s air pump, there illustrated, the mercury is caused to rise into the globe by the action of a force pump, and it is obvious that the operations can be performed very rapidly.

Mr. Sutton devised also a vacuum pump, worked by a water jet, and it is in daily use now at the Ballarat School of Mines for chemical purposes. In 1877, at the invitation of the secretary of Aeronautical Society of Great Britain, he wrote two papers on the flight of birds, detailing experiments and deductions in that branch of study, and the secretary acknowledged that Mr. Sutton had discovered the true theory. Some 70 pages of the society’s report for 1878 are occupied with the Sutton papers and drawings as designed by the writer of the papers. Mr. Sutton has contributed articles to the Royal Societies of London and Victoria, and has several times been invited to write papers for the Society of Telegraph Engineers and Electricians of London. He is an associate of that society, and a member of the Royal Society of Victoria, and he has been invited by M. Clocheary, a member of the French Government, to become a member of the Societe Internationalle, whose roll of members includes the most distinguished electricians in the world. But that which has been, perhaps, more gratifying than anything else to this gifted and indefatigable young Ballarat scientist, is the appreciatory reception given by the Royal Society of England to his new electrical storage battery. The proceedings of that body, No. 217, for the year 1881, contains a paper by Mr. Sutton, describing his invention as a mode of storing electric force so that “it may be drawn off equally and regularly, and this whether the generator be on or off.” The description is too elaborate and too abstruse for a place in these pages, but we may make the following brief extract:—

The cell, having a negative electrode of copper, a positive electrode of lead amalgamated with mercury, and a solution of cupric sulphate, I have adopted as a thoroughly economical, lasting, and practical form of storage reservoir. The chemical changes in this cell are exceedingly interesting and beautiful … The power of this cell is very great and very constant; it can be made to last for hours, the time being dependent on the quantity of cupric sulphate decomposed … It will be seen from the foregoing that this method of conserving energy has a wide field before it, and as it will benefit fellow workers in science, placing in their hands a means of experimenting with powerful electric currents, I give it without reservation, freely and untrammelled by patent rights, for their use.

This is large liberality,and bespeaks the disinterested enthusiast in science. The president of the Royal Society, Mr. W. Spottiswoode, writing to Mr. Sutton on the 4th January, 1882, acknowledges a second paper with diagram of the cell, and says, “Your former communication created much interest among our fellows. I hope soon to send you printed copies of it.” The Mechanic says, “The methods named as those of Monsieur J Rousse are all embraced in Mr. Sutton’s, but the great advantage in Mr. Sutton’s storage battery is that the speed of the discharge can be regulated at will, a quality which none other known possesses. Mr. Sutton’s inventions are appreciated in the very home of scientists, and this is proof positive of their value.” Iron, another English journal, says, “Mr. Sutton’s invention is pronounced invaluable, and on no less an authority than Mr. J. W. Swan, of electric lighting fame.” Iron thus cites Mr. Swan in evidence as follows:—“I can fully confirm Mr. Sutton’s statement as to the facility with which a thick crust of peroxide formed on the mercurialised lead in this cell, giving it a greater capacity for storage. The discovery of this means of rapidly forming a thick coating of peroxide is invaluable.”

This Ballarat scientist, then, born in Ballarat on the 3rd September, 1856, has, by his own unaided studies, won the recognition of the first men of science in the world. But, nihil sine labore. It is the enthusiast who wins—if he have the necessary other gifts. And this is no celibate ascetic, scorning social delights, for, though a tireless worker, Mr. Sutton is a Benedict, and it is to be devoutly hoped that his wife shared adequately in the enthusiasm of scientific research. He is to-day working in original paths as zealously as ever, and seldom retires before 2 o’clock a.m., very often not till 3 o’clock, daylight sometimes surprising him every morning for a week before he can cry, “Hold, enough!” and he therefore proclaims the theory that “eight hours’ work won’t lift a man in this world.” He has lately been engaged in perfecting what promises to be a very valuable process of engraving by the aid of photography, but the results will not be published until the process is perfected. Another series of experiments is in course of making for the production of photographs in colors. But, greater marvel still, in some sense, Mr. Sutton has designed, but not yet constructed, an apparatus by which he hopes to be able to see here in Ballarat, by the aid of electricity, the race for the Melbourne Cup. The author congratulates Mr. Sutton on his being a native of Ballarat in these years of grace, for such startling commerce with the occult arts as the things done and doing reveal would, surely, have won for the worker a very different fame “in the ages of faith.” That a young man, who left school at 12, should, before he was 30, have won such fame as a student and inventor, and mirabile dictu, be acknowledged here in his own home by such men as Professor Andrews and Mr. Ellery as one of the best lecturers at the School of Mines, is a proof that genius is above the restrictions of relatively narrow circumstances, and does not wait upon universities or professional chairs for leave to conquer the recondite secrets of science and make a place for itself in the foremost ranks of the scientifically illustrious. Such a worker as Henry Sutton in, may plead on virtue’s side against a vicious mass of base and brutal “larrikin” lust and indolence—against a city full of vain inanities and the growing passion for endless amusement, and strident, unmannerly irreverence and display. This reverent student of nature is so quiet and so modest, as well as so laborious and so gifted, that he will be almost angry with the author for thus setting him out in these pages as a reproach to the idle, the ignorant, and the rude; and as an example to encourage other or our native youth to rise to similar levels of serene and lofty pleasures, pregnant with practical blessing to the world’.[1]

At the time of his death the SMB Student's Magazine recorded: 'In the passing of Henry Sutton at the comparatively early age of 58, Ballarat has lost her greatest scientific inventor, and one of her most distinguished sons.' [2]

Mr Henry Sutton died on July 28, at his residence, Erskine street, Malvern, at the age of 56 years. Mr Sutton, who was born at Ballarat, was greatly interested in electricity, and invention. As a member of the firm of Sutton's Proprietary Ltd. He was well known to a large circle of music lovers and business men in Melbourne.

Sutton had an active and fertile brain, and was known for his inventions, especially his work on the telephone, telephane and carbon lamps. Henry Sutton spent much thought on artificial flight, and made some interesting experimental studies with flying birds. The storage of electricity also attracted his attention, and, after much work and thought evolved the Sutton Secondary Battery. A paper on this battery was presented to the Royal Society, London, and was afterwards printed in the 'Transactions'.[3]

Henry Sutton was granted a license by the Commonwealth Government to erect a wireless station at his Malvern home, where he would sit at his instrument and intercept long messages, or make his station the centre of a violent ether storm. [4], [5]