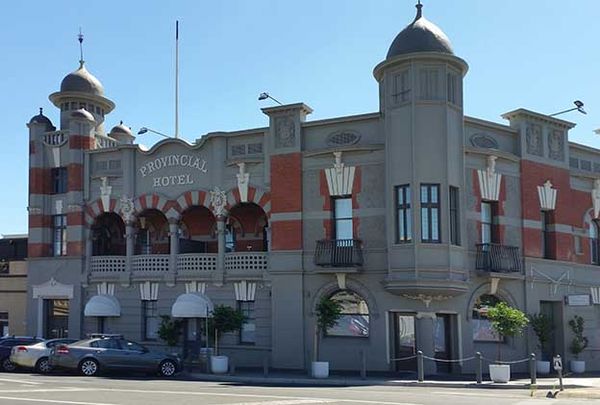 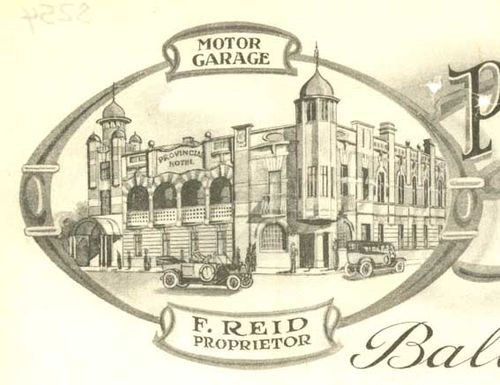 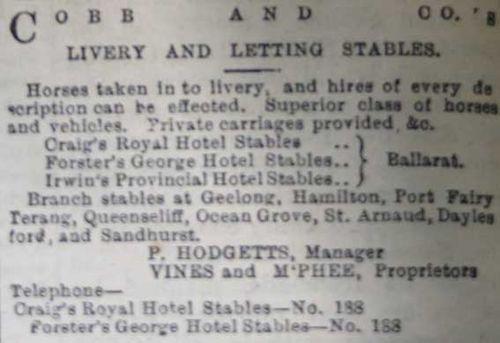 Provincial hotel, Lydiard street north; owners, the trustees of the late Wm. Irwin; licensee, John Reid. Mr J. B. Pearson appeared for both parties. Licensing Inspector Balchin said that the Provincial hotel was in the Ballarat West, licensing district-. It was an old wooden building, one story, in poor repair,, kept clean, and fairly well furnished. There were 40 rooms all told. There were old stables attached. The rent was £6 per week, and the assessment £275 per year. There was a conviction in September, 1905, for the bar door being open during prohibited hours. The house was well conducted. It was in a splendid position, near the railway station. It was because the building was such an old one, in such poor repair, that it was put in the list. He had given instructions from time to time to have the building repaired. Mr Andrews—ls it any worse than an old building? Is it insanitary? I would not say that, but it is a dangerous building. About two years ago there were plans prepared for a new building, but it bad not been erected. To Mr Pearson —A decent building in that position would be a necessity. The conviction was for trading early on a Sunday morning, after the arrival of a country train. The house at that time had a late permit. Senior-Constable Robinson said that the hotels in the neighborhood were the Palace, Federal, Cosmopolitan, Grand, George, North Star. He considered that the closing of the hotel would cause inconvenience, but the building was a very old one, and unsuited for the position it held. Constable Byrne said that the building was very dangerous in the state it was. The hotel was a great convenience. Mr Pearson said that the evidence of the police was in favor of the continuance of the license. Despite the alleged dangerous character of the building, he could prove that it was extensively patronised. Mr. Andrews—But if a building is dangerous and well patronised, the patronage bestowed strengthens the argument in favor of closing it up. Mr Pearsonon said that an arrangement had been made for the erection of a brick building, to cost from £8OOO to £10,000,. and a lease would be given then to the Ballarat Brewing Company at a rental of £520. H W. Morrow, of Cuthbert, Morrow, and Must said that plans of a new building had been prepared some time ago, but a delay in building had been caused by the trustees not being able to get the consent of all the beneficiaries, under the will, None of those due to receive money under Mr Irwin's' will had taken any of the income due to them, but had let it accumulate for building purposes. The money was now available for building, and the agreement with the Brewing Company prepared. Percy Richards, architect, said he had prepared plans for a new building on the site of the Provincial Hotel. A portion would be three stories, and a portion two-storied, and the cost would be from,£8000 to £9OOO.[1]

The Provincial Hotel was built by Squire Johnson for William Irwin.[3]

The Provincial Hotel is in Lydiard Street.[4]