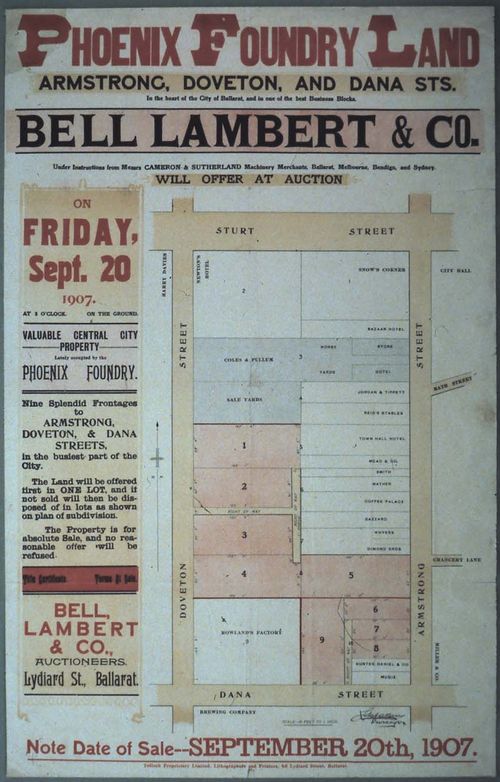 On 22 March 1915, the hotel was included on a list of hotels to be deprived of their licenses. This list was complied by the Licenses Reduction Board in Melbourne. The Ballarat West licensing district hearings on this list were to be held on 27 April.[1]

The Stork Hotel was in Armstrong Street.[1]

In July 1864 the publican was Mr. J. H. Bates.[2] Bates provided an alibi for a Mr. Ross who was charged with furious riding in Sturt Street.[3]